25 years under the mountain

by Rent Romus' Lords of Outland 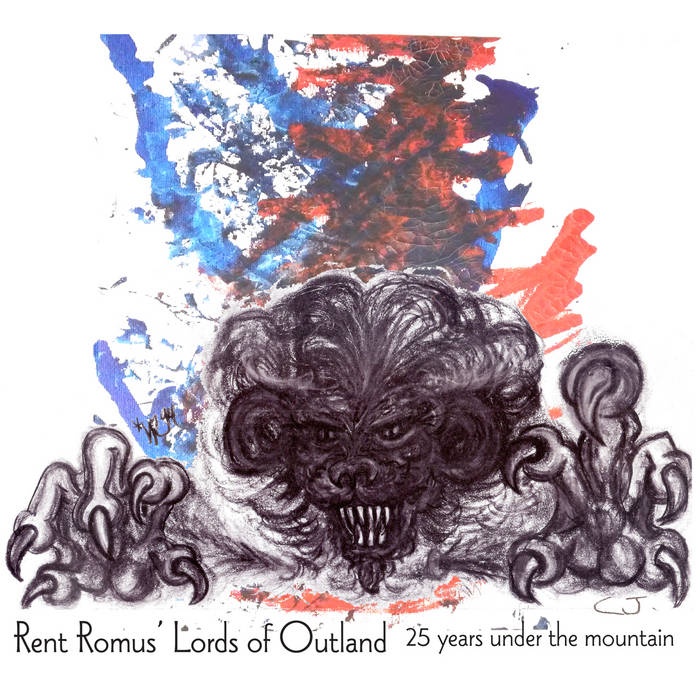 "From the outset, Romus and crew blaze an adventurous path. The opening track, Grown out of Stone, begins with a jagged, start-stop rhythm before Cohen joins in with speed picking up and down the fretboard. Romus’s contributions move this track comfortably into free jazz territory with rolling leads." - Mike Borella, Avant Music News

"Lords of Outland is a free-jazz collective that also takes cues from the darkness of H.P. Lovecraft; the alternating hopefulness and despair of science fiction; and the joyful open-mindedness of free improvisation. "
- Memory Select: Journeys in Creative Music

"The title, "25 years under the mountain," captures the determination of an underground musician who acts like a magma flow on the West Coast underground scene. - Takeshi Goda, Jazz Tokyo

"The band is often bursting at the seams amid conceptual frameworks and boisterous romps such as "Ape of God," highlighted by Romus' weaving and darting sax improvisations. Whereas Cohen's frenetic single notes and fervent strumming imparts a sense of urgency on "Revenge of Trees," leading to an intense improv fest directed by Ray Schaeffer's forceful walking bass lines and drummer Philip Everett's slamming grooves." - Glenn Astarita, All About Jazz