The Otherworld Cycle (visions of the Kalevala, land of my Grandmothers) 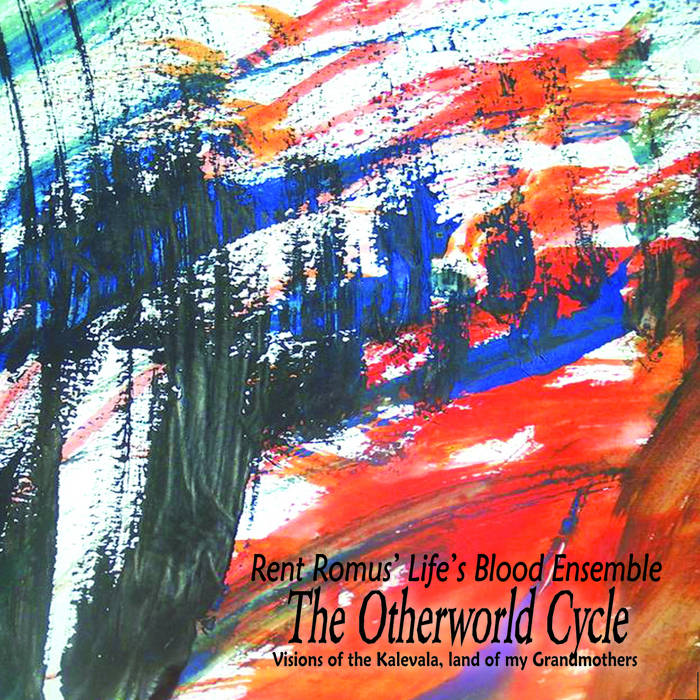 The Otherworld Cycle is the culmination of over fourteen years of research of the Finno-Ugric traditions and music. The Cycle consists of a series of new compositions and improvisations inspired by the poems of the Finnish National Epic known as the Kalavela, as well as Karelian regional folk songs, and Sami Joik song elements of the native peoples of the north. The “other world” thematic, abstractly references the lost Finnish heritage and “Body of Memory” embedded in Romus’ musical psyche refracted through the multi-faceted lens of improvisation and postmodern jazz.

The first elements of the Otherworld Cycle took hold after Romus returned home from touring in Northern Europe in the mid-nineties. His experiences lead to continued research into the rich music and culture of his roots from Finland and the surrounding regions that hold a long and mystic history dating back to the end of the last ice age. Like many Americans whose families emigrated from other parts of the world, much of the details of Romus’ cultural identity, language and traditions were lost to integration over time. As a third generation Finnish American he has spent the last fourteen years delving deep into his roots piecing together stories from his family, photos of family members, and researching the depths of Finnish cultural history land of his grandmothers.

“The other world is a place we all carry with us. Deep inside it manifests as unknown melodies while walking down the street, a feeling of Déjà Vu for people and places we’ve never been before, and a kinship with people we’ve never known.” - Rent Romus

The Kalevala also known as the Finish National Epic tells of the mysterious worlds, heros, weddings, life, death, and the power of the Finnish spirit. The basis for the Kalevala are rune poems (runot), constructed as Karelian folk songs originally passed on through oral tradition as far back as five millennia. Much later these were documented in the 19th century by physician, botanist and linguist Elias Lönnrot. Dr. Lönnrot assembled them under the banner of the Kalevala which helped to define modern Finnish cultural national identity and shaping a path to an independent Finnish nation. Interweaving within the Kalevala are influences from the folklore of the native Northern Sami people who based on current research share a connection to early Finnish inhabitants dating as far back as eight thousand years. Musically the Sami are best known for their songs under the descriptive heading of Joik (Yoik). Unlike songs about a particular subject Joik are songs of people, objects, animals, or spirits.

Edgetone Records was founded by musician/producer, Rent Romus. The label took shape in 1991 to support his group’s original jazz recordings. After being on a long hiatus Rent re-opened Edgetone in January 2000 and expanded it to support new music crossing the genre boundaries specifically for D.I.Y. (do it yourself) artists looking for a ground base and community label identity. ... more

If you like The Otherworld Cycle (visions of the Kalevala, land of my Grandmothers), you may also like: