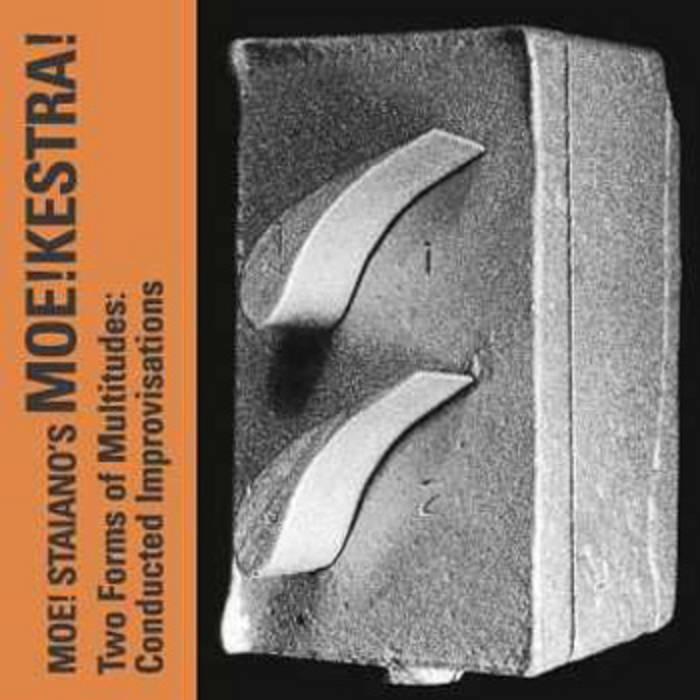 Two Forms of Multitudes, is an enormous mass of artists playing in a dissonant array of clusters, forming a wall of lyrical noise. "I have always enjoyed working with a large orchestra using multitudes of the same instrument. I love large sound or many players playing all at once in a massive frenzy. These shows were conducted improvisations, which evolved with my own style of cueing musicians; using hand cues, on the spot written notation, etc. Sometimes I include a set of prepared written notations. For the pieces presented here, I used a few notations and preparations that were identical for both shows. It was very interesting how different the results came out varying between the two, in spite of using the same notations.
Presenting the very same idea twice in two separate performances, with two almost completely different performing orchestras and having it come out differently altogether. It's always a surprise after doing a piece once and having a certain expectation for a performance the second time around, and then having the outcome be extremely different. In improvisation you take chances, not knowing what flaws, mistakes, or unexpected surprises may take place and the results can be either satisfying or a big mesh of noise (as is the case many times). Improvisation is about chance, taking risk and the mystery of what the outcome will be, unknowing of what the unexpected turns out. It's about breaking down your expectations and being open to what is in the moment. These are two examples of those heated results."
­Moe! Staiano April 2003