we are sparks in the universe to our own fire 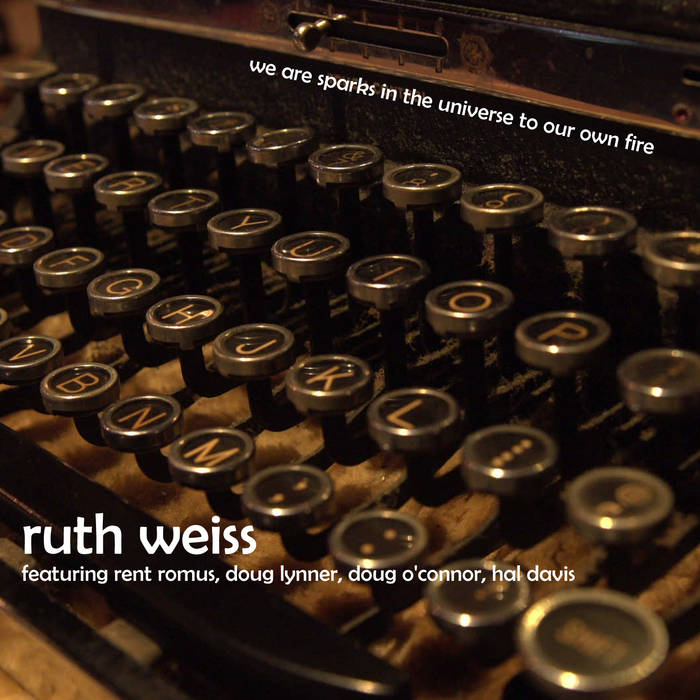 I first met ruth* in 2013 at a benefit concert for Arthur Blythe. She was introduced to me by George Russell who knew me from my work with Bill Noertker and Outsound Presents. In a sea of people at the concert her bright aqua green hair could not be denied. Later, I came to understand it was her ongoing tribute to the 1948 anti-war film ‘The Boy with the Green Hair’. When I got home from the concert I decided to do some research and found that she was a founder of the beat poetry community. Meeting a founder is rare and being in a position to produce grass roots concerts in San Francisco I thought it would be fascinating to hear her work with electronic synthesis pioneer Doug Lynner. As I extrapolated from her years of innovation, ruth was all for the idea and they performed at the 2014 Outsound New Music Summit in San Francisco. A year later ruth was looking for a sax player for her quartet and called me to perform. In 2018 I produced this recording live in San Francisco at the Musician’s Union Hall as part of the SIMM Music Series from Outsound Presents. ruth decided it would be fun and interesting to perform the same set of poems with Doug Lynner and then with her jazz quartet. The title, “we are sparks in the universe to our own fire”, is the last line written on her 91st birthday poem which we performed on the day of her induction into the Cinequest Maverick Award in March of 2020. For me the line speaks volumes on who she was and how she lived her life. We will always be grateful for the opportunity to work with her and miss her deeply. - Rent Romus

If you like we are sparks in the universe to our own fire, you may also like: